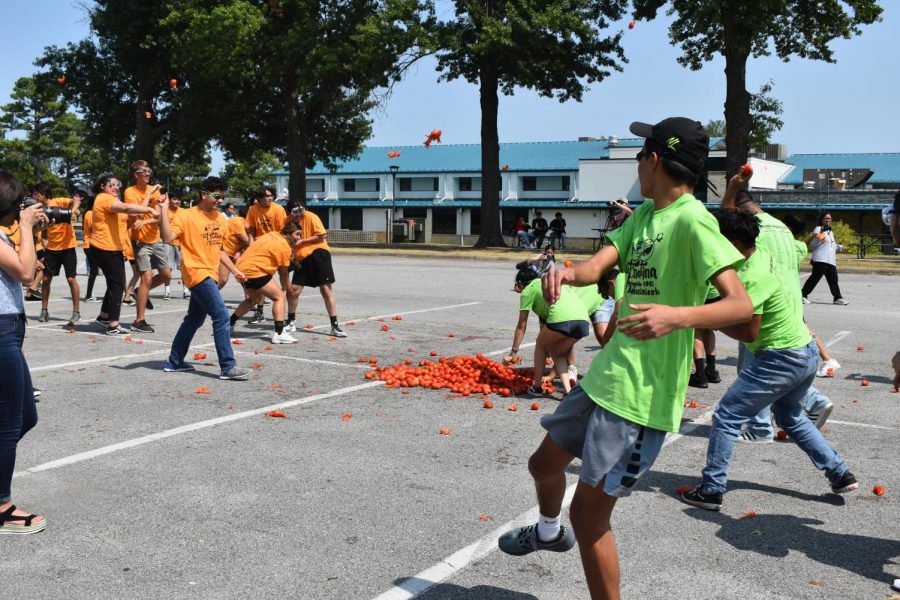 After a 5-year hiatus, a beloved SHS tradition is back. La Tomatina has always been a highly anticipated activity enjoyed by AP Spanish students who look forward to getting outside, and getting messy.

On Thursday at Murphy Park, students from SHS and Har-Ber got together to replicate the events of a Spanish festival that began as a way to celebrate the conclusion of World War II and involves throwing lots of tomatoes.

The festival began in Bunol, Spain as a small competition between a couple of teenagers and soon grew to the whole town participating.

Springdale students use the event in order to learn more about Spanish culture as well as a way to get together and bond with fellow students.

Junior Alexandra Araujo said the event was a nice break from class.

“It was definitely a fun experience because I was able to have fun with all the AP Spanish students and watch the tomato fight,” she said.

Before throwing tomatoes, students were split into teams and had to climb light poles to place a piece of ham at the top. They then had to switch light poles and race to be first to get the piece of ham down.

“It was funny watching the teams trying to get the piece of ham as high as they could on the light pole and then trying to get it down,” Junior Jonathan Herrera said.