Hundreds Wait Up to 20 hours for Graphics Card Restock at local Best Buy; including SHS Students and Alumni 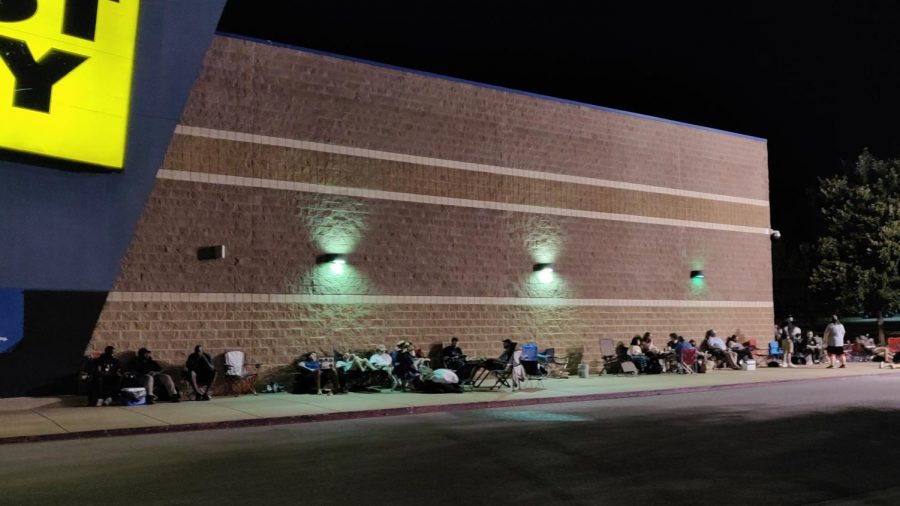 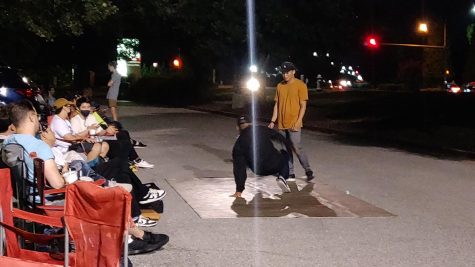 On Wednesday, August 25, 2021 at approximately 1 a.m. local time, word came from the technology retailer Best Buy that they were going to have the second in-store launch of the full stack of RTX 3000 Nvidia GPUs. Although it has been almost a full year since the announcement of the RTX 3000 series, this was only the second time that Best Buy stores had in-store restocks of these cards. After it was announced, within hours, hundreds of buyers lined up around the country at specific locations for the 3000 series. The low inventory of graphics cards has been under siege of demand from gamers, crypto miners, and content creators alike. With this, along with supply shortages ranging from the physical piece of silicon, the “package” that the silicon lies on (called substrate), along with memory and power delivery shortages have made the prices for said cards explode. As of writing, for example, the RTX 3060ti Founders Edition is currently selling for $1,200 or more on ebay and other second hand sellers. But it’s original MSRP, $400, means that there is a large incentive for resellers to enter the market for the profit incentive. So what does this mean? This means that people are willing to wait 20 or more hours for these graphics cards in order to mine crypto, make hefty profit, or to complete or upgrade their PCs. So at which stores can someone buy these cards at?

One of these graphics card restocks occurred just north of Springdale High School at the Rogers Best Buy. There were just over 100 stores across the nation that were chosen to have the restocks, and the Rogers location was the only one in Arkansas. People from around the state and the region came to the store. Many of the first people in line were actually from Central and Southeast Arkansas, specifically Little Rock, Cabot, and Pine Bluff. People started to line up at a rate of about 5 every hour from 5pm-12pm. During this time, people were very vocal about things, in a good way, and kept themselves entertained. They talked about computers, politics, some played card games, others breakdanced, and some even recorded a podcast. By midnight, over 50 people had lined up next to the store, awaiting their prize of crisp graphics when the dawn came.

One Springdale Alumni, Noah Hillyard, said, “I’m here because I plan to spend my entire fall semester playing Battlefield 2042.” And when asked what graphics card he wanted to buy, he responded with, “3080, or a 3090”. Another person in line, a reseller who identified as “Ant”, said that he’s been a reseller of PS5s and Xboxes and PC parts ever since his work went remote back in March of 2020. He explained that, at least for him, waiting for 15 hours outside of a Best Buy was worth the potential profit of up to $1000. Which, I gotta admit, is sound reasoning, if you don’t have a moral dilemma on the business of profiteering.

Just after midnight, the excitement of meeting the random people that they happened to be in line next to had finished, and the boredom kicked in. The breakdancers had stopped dancing, and the excitement of “being there” had vanished. Many attempted to fall asleep, but with the humidity hovering in the low 70s percentage wise and the temperatures staying in the high 70s, it was almost impossible to sleep. People paced around the parking lot at 3 am in order to keep their legs from cramping after, for some, 12 hours of waiting in line. It remained like this until dawn broke, and then people started to get the excitement of getting these cards once again. People could literally see the light… of the headlights of the Best Buy employees coming into work.

At around the magical time of 7:30am, people started to put their chairs into their cars and got into a more apt single file line to get their tickets. The employees started passing out tickets. The “Ticket System” is when the employees give you a ticket to a graphics card that you will be guaranteed to buy in the store up until the store is open to the public at 10am. Some people after getting their ticket went to get breakfast, but most just stayed in line for their card. There were approximately 105 graphics cards total at the Rogers location, but there were easily more than 150 people in line, leading to many having to do the “Walk of Shame” back to their cars, or loud moped in this one guy’s case, to drive back home. For most people, if you were able to get there before 4am, you were able to get a card, even though it may not have been the one that you originally wanted.